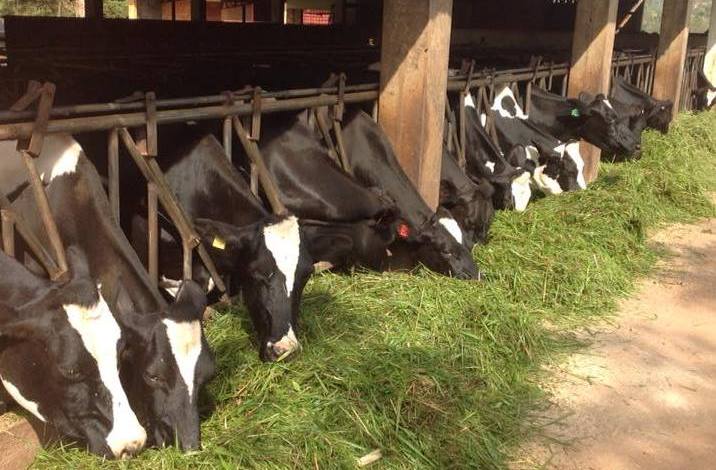 Cattle predate mobile money in Africa as a store of wealth by over 8,000 years when the first cattle arrived on the continent. Cattle have since become an integral aspect of many rural communities across the continent, particularly amongst pastoralist groups. Wealth within these communities has traditionally been redistributed with the transfer of cattle through theft, inheritance and as payment for bride price and fines associated with transgressions of culturally acceptable norms, rules and procedures. Milk has been an invaluable source of readily accessible protein across Africa and the slaughter of cattle at significant cultural events to mark marriages, festive seasons and death provided everyone in the community with an opportunity to enjoy meat.

Uganda has always had a large number of cattle, mostly concentrated within the cattle corridor stretching diagonally across the country from the mountainous region in the south west to Karamoja in extreme north east of the country. Cattle keeping in Uganda through the colonial period was mostly small scale and subsistence. It was only after independence in 1962 that efforts were made to develop the dairy sector commercially. The 1962 Public Health Act that identified milk as a potential vehicle of diseases was the first legislation to deal with the dairy sector. The law prescribed technical regulations for handling milk. It stipulated that only licensed people could handle milk and that dairy cattle could not be kept in urban areas. The Uganda Dairy Corporation was created under the 1967 Dairy Industry Act and the sector experienced significant growth until the political, social and economic turmoil that gripped Uganda from 1971 to 1986. Government sought to rebuild the dairy sector with the 1986 National Rehabilitation and Development Plan that focussed on increasing farm production, improving milk collection and marketing, strengthening extension services, fostering private-sector participation and establishing an informal milk marketing system in parallel with the formal system.

In 1989, Government launched the “Livestock and fisheries policy and development programmes towards the year 2000” to increase productivity of the livestock within the agricultural sector. The policy focussed on addressing challenges and presenting incentives through the control of animal diseases, promotion of incentive pricing, developing infrastructure and marketing channels, preserving natural resources and developing productive capacity. The 1993 Dairy Sector Development Policy marked a gradual reduction in the direct involvement of government in the dairy sector with the divestment from the Dairy Corporation, cessation of engagement in price controls and a focus on the provision of support services to promote free-market competition.

In the absence of regulation and coordination, the informal milk market boomed with unregulated traders engaging in the collection, transportation and sale of milk in rural and urban areas. Half of Uganda’s 10 dairy processing companies were unable to compete with the informal sector and Western Highlands Creameries, Dairy Bell, Country Taste, Ra-milk, and Sunshine Dairies all collapsed.

The 1998 Dairy Industry Act provided for the establishment of the Dairy Development Authority (DDA) under the Ministry of Agriculture, Animal Industry and Fisheries (MAAIF) in 2000. The DDA was charged with promoting and regulating the production, processing and marketing of milk and dairy products. The authority is focussed on the facilitation of public-private engagement and the coordination and implementation of government policies to achieve Uganda’s self-sufficiency in milk and dairy products. A growing number of poverty alleviation campaigns across Uganda have focussed on the dairy sector to emulate the successes registered in Rwanda.

Although not without challenges, Uganda is extremely competitive in the dairy sector due to a range of factors associated with climate, soil fertility and cultural heritage. Dairy products have been the third largest agricultural export after coffee and fish ahead of traditional crops Uganda’s traditional exports of tea, cotton and tobacco. The Dairy Development Authority (DDA) reports Uganda produced a total of 1.8 billion litres of milk in 2012 and that within the first six months of last year milk production topped 2.4 billion litres. According to Rinus van Klinken who until recently headed up the Inclusive Dairy Enterprise (TIDE) initiative supported by the Dutch organization SNV, Uganda is set to outstrip South Africa as the biggest dairy producer on the African continent within the next two years.

Over 70 percent of Uganda’s labour force is engaged in agriculture. While most of this is subsistence agriculture, the sector accounts for 25 percent of the country’s GDP. To realize the Government of Uganda’s Vision 2040, the Second National Development Plan (NDP II) 2015/16 – 2019/20 emphasizes the commercialization of agriculture to increase production and productivity along the value chains and encourages agro-processing to foster industrialization. Investment in value addition to agricultural products will expand the GDP size and the export of processed agricultural products will contribute to the country’s balance of trade. The protection of markets for Uganda’s dairy exports in neighbouring countries and beyond are critical. The East Africa Community (EAC) provides an opportunity to nurture and grow sectors before tackling global markets in and increasingly fractious world.

Attracted by regional markets and Uganda’s competitive advantage in agricultural production in general and the dairy in particular, the formal dairy sector today comprises a number of large milk processors. These companies employ a large number of workers, pay salaries and transfer key skills in business, production, administration and logistics to the local community. The factories also engage a very wide range of secondary service providers within the local representing a very significant economic contribution to the region but all this work could go to waste if the regional markets don’t allow trade within the region.

The primary challenges to increasing milk production at the farm level are associated with access to capital, water, appropriate feed and animal health. A number of dairy companies and NGOs have established programs to provide farmers with access to capital and provide extension services to support the transition from subsistence to commercial agriculture and increase milk production. The extension service programmes link farmers into Uganda’s fledgling industrial/export sector. As Adolfo Cires Alonso, the European Union (EU) Delegation Programme Manager for Finance, Agribusiness and Land suggests, initiatives of this nature make a strong positive contribution to the equitable economic development of Uganda and the emergence of economic opportunities outside of Kampala serves to ease urbanization and reduce the flow of people from rural areas.

While the country produces large volumes of milk, over 80 percent of the milk consumed in Uganda is raw and unprocessed. Regulation of the informal milk market in Uganda continues to present challenges to Uganda’s dairy processors and a health risk to consumers who risk infection with bacterial diseases such as Salmonella, E. coli, Listeria and Campylobacter commonly found in unprocessed milk. The local habit of boiling milk to reduce the associated health risks damages many of the nutrition’s substantially diminishing the potential nutritional value. It is the mandate of the DDA to manage the unregulated traders selling unprocessed milk in urban areas.

Companies such as Milkman, Jesa and Brookside deal in both fresh and processed milk products. Pearl Dairy Farms focus primarily on the value addition production of powdered and UHT milk and other milk products with a heavy reliance on export markets. Amos Dairies can recover value from milk that would otherwise go to waste with the extraction of casein, a protein used in the production of high-energy biscuits. Hit by restrictions in accessing the Kenyan market, Pearl Dairy Farms recently announced an expansion of its Lato Milk products to a number of African countries including Ethiopia, South Sudan and Malawi and further diversified its product range with the introduction of flavoured yogurts.

The dairy sector has a very rich history in Uganda. It is deeply entrenched in many aspects of the social and economic fabric of the country, provides an accessible source of nutrition and protein, and represents an increasingly important source of foreign revenue. Earlier this year government scrapped Value Added Tax (VAT) on milk. The Ministry of Agriculture Animal Industry and Fisheries (MAAIF) is currently exploring opportunities to export powdered milk to Algeria and the Ministry of Education and Sports (MES) is considering the implementation of a School Milk Programme to possibly commence through the coming year. It is encouraging to see government continue support to the development of the dairy industry with such initiatives. Efforts should continue to protect and expand export markets to exploit Uganda’s competitive advantage in the dairy sector and strengthen export earnings.