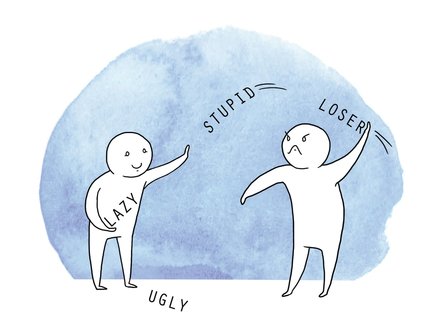 Driving into work one morning, I took a series of short-cuts to limit the chances of getting stuck in traffic.

All was well until I joined the main road to our offices where I encountered a stationary boda-boda (motor bike taxi) right at the turn of the T-junction with the rider trying to woo a passenger some distance away.

Obviously this was a bad spot, because any mistake on my part could have easily led me to knock him down. I hooted and signaled to him to move out of the way, but he merely urged me to move forward in a less than friendly gesture.

I then realized he didn’t understand that I meant good, so I rolled down my passenger window and leaned across to greet him in a language I thought he would understand.

At once his attitude changed and he toned down both his voice and angry gestures. Then I told him he was parked in an awkward place. Not surprisingly, he tried hard to explain how he was waiting for his passenger on the other side of the road. Nonetheless he had calmed down and I had passed on my message.

‘If you respond to conflict calmly, you will be able to de-escalate the situation, as it is significantly harder to continually generate the anger and aggression when you aren’t being faced with it in response,’ Zoë Wundenberg, a Careers Writer, Counselor and Coach in Australia once said.

It is a common belief among boda-boda riders that all motorists are out to get them. They think drivers feel ‘superior’ and consequently they are ‘the enemy’.

In terms of size, even the smallest car on the road is bigger than a boda-boda so the superiority probably holds true, but when it comes to abiding with traffic laws the boda-boda riders are the superior culprits!

And folks, this right there is the main cause of friction between riders and drivers on Kampala streets.

Moving away from my conflict disarming tactic with the boda-boda man, I am sure each one of us has had a conflict at one time, and if not, yeah sure you will soon have one, but how have you or will you react? Conflict almost universally is approached as a “me versus you” issue. Therefore emotions like anger, fear and hurt are at a loose to compete in the circumstance. “This triggers a colorful set of stubborn emotions which makes digging oneself out of that conflict very difficult” states Daniel Shapiro, Founder & Director of the Harvard International Negotiation Program. However, if the approach to a conflict is turned away from “me versus you” to “we”, the coals of emotions are watered down effortlessly. Shapiro continues to advise “ instead of facing off, we need to get on the same side of the issue to shift the relational stance so its no longer me versus you but the two of us working side by side facing a shared problem. This changes the colorful set of stubborn emotions to expansive feelings such as curiosity, commitment and even compassion”. When I greeted the boda-boda man he was suddenly curious to understand what I was upto!

While there many methods of conflict resolution, the disarming tool or what Daniel has termed as “coming on the same side” has proved effective over time as I lead and advise teams.

Drivers in Kampala can adopt it as one way to help reduce the recklessness of boda-boda riders !!!!