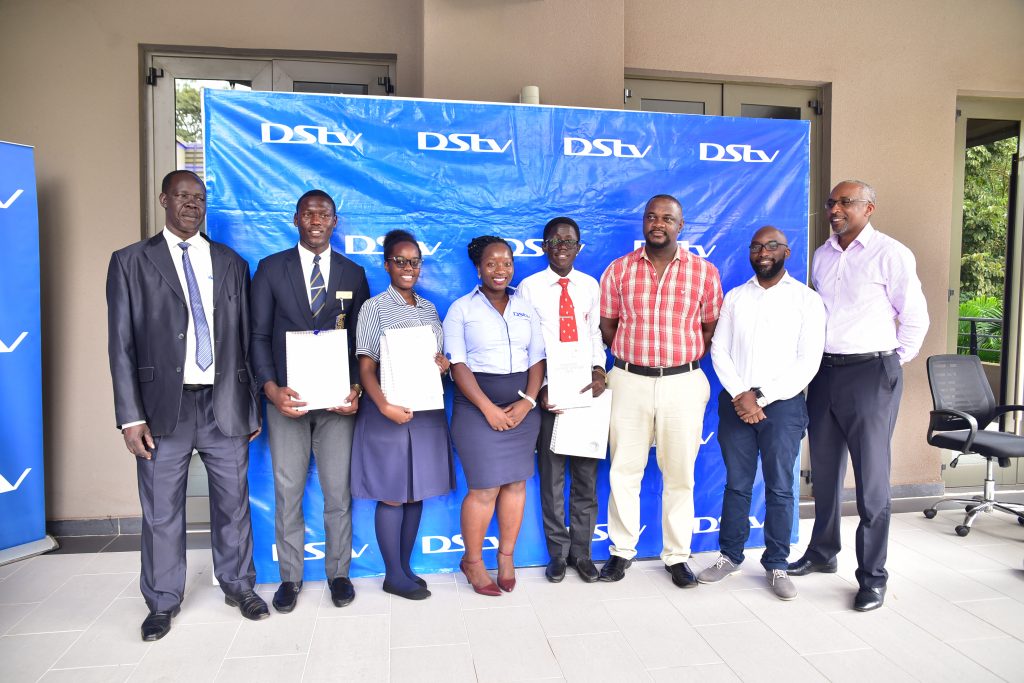 MultiChoice Uganda has unveiled the winners of the 2018 DStv Eutelsat Star Awards competition at an award ceremony held at their head offices in Kololo today.

The eighth edition of the Science and Technology based competition saw Kizza George William from St Mary’s College Kisubi emerge winner of the essay category while Saviour Mpipkwe from Uganda Martyr’s Namugongo was declared runner up in the same category. Samuel Muwanguzi from Kings College Budo dominated the poster category as overall winner while Charlene Nuwamanya from Greenhill academy emerged as runner up for the poster category.

The DStv Eutelsat Star Awards are a product of a partnership between Eutelsat and MultiChoice Africa which aims to stimulate interest in science and technology and to inspire innovative thinking among secondary and high school students across the continent in 42 countries.

This year, students across the continent participated both in writing an essay or designing a poster to depict the areas in which they believe the full potential of satellite technology hasn’t been embraced or tapped that can help improve the lives of Africans and portray the different roles and functions that satellites would play in Africa if adopted in the future.

Making her remarks during the ceremony, MultiChoice Uganda PR & Communications Manager Tina Wamala said, “MultiChoice understands that this young generation is the future. With the fast growing trend of satellite technology, it’s only vital to develop their creative minds in preparation for a better tomorrow. Technology and science play a vital part that is why we invest in this competition. Our partnership with Eutelsat is passionately based on our common belief that the two fields are great contributors to digitizing Africa.”

Over 26 schools participated across the regions in Uganda and a total number of 180 entries, vetted by a carefully selected panel of judges to determine the winning applicants. The winning essay and poster will enter into the overall Africa awards and represent Uganda at the continental competition where the best essay on the continent will win a trip to Eutelsat offices in Paris, France and onward to witness a rocket launch. The continental poster winner will jet off to South Africa to visit the space agency at Hartbeesthoek.