David is the recently arrived warm and energetic young man helping with chores around the house. By the way, ‘David’ is not his real name, but it will do for our purposes.

David speaks English with a graft of his mother tongue which produces a garbled sound, but yes, we do communicate.

The other morning, I requested him to clean up the verandah as I rushed out for work. Apparently dazed, he gave me a stare, but I hardly had time to pay him much attention.

When I returned in the evening he had only cleaned the front part of the verandah. I thought perhaps he didn’t entirely understand what I had asked him to do, since there was this language barrier. With some frustration, I remember asking my sister to speak to him, thinking I had not communicated well enough.

However, after a couple of days, I took time to greet David and ask him a few searching questions to which he responded with warmth and enthusiasm.

I also thanked him for the completed chores.

From then on, I saw he was taking instructions better and also going an extra mile to please me.

One particular day he welcomed me back, “thank you for safe journey back” he said (literal translation) and I instantly understood, despite the isolated grammar, that we had become fully connected! 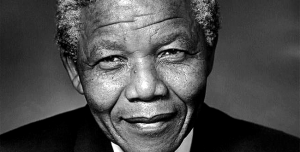 Speaking someone’s language helps to establish common ground, but it takes effort because it is not about you but about them.

I needed to figure out what to talk to David about so that I could make him feel valued. Spending a few minutes to find out how his working day was like and better still, to switch from my English to his version of the language took a deliberate effort on my part.

And because I speak to him more often than before, I have earned myself regular welcome-back-home pleasantries.

On top of his daily routine, David looks after my flower garden when my little nephews choose to play uprooting games. He also waters it in the evenings unless it has rained. This is all part of our connection, because I certainly did not instruct him, but he took upon himself to guess my preferences.