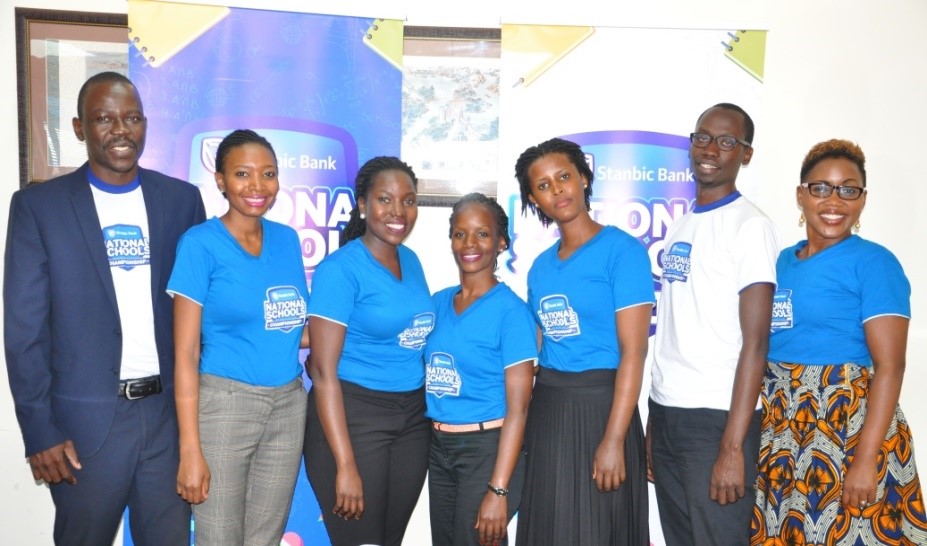 Sixteen schools across Uganda have qualified to take part in the debate stage of the Stanbic National Schools Championship.

Each region will have four schools competing against each other and the winning two schools will represent the region to the finals.

Speaking during the announcement, Barbara Kasekende, the Stanbic Bank’s CSI Manager said, “My congratulations go to the schools that have made it to the next level of the Stanbic National Schools Championships. Four schools in each region will be required to compete against each other in the debate competition where we will select a regional winner.”

The debates are the fourth stage in Championships which started with a classroom test competition, followed by an oral quiz challenge then an essay in the Central Eastern, Western and Northern Regions. The students were tested on financial literacy, life skills, logical thinking and general knowledge.

Expounding on the mechanics that were used by the judges to mark the essays, Martin Muhwezi, the Managing Director of Investors Club the implementing partner said, “The marking process of the essays was executed fairly and seamlessly. Schools were given codes which were used when submitting the essays without the need for their actual names; meaning the judges didn’t know which schools they were according marks until it came to identifying the winning schools as per the codes each was given.”
The next stage of the competition will include a debate on thematic topics around the business and financial sector where a winner will be selected to represent each region. Two students from each school will then attend a 4-day boot camp where they will receive a business skills training, learn how to write and execute a business plan which they will be expected to implement at their schools. The best executed business plan will be the national winner. ”

Tracy Kamau an analyst and creative writer, also the lead judge on the essay competition said, “I must say the quality of competition has been very impressive thus far. The students have shown much enthusiasm which proves the growing popularity of the Championships across the country. Most important of all, is that they are learning many new useful skills helpful in their lives even if not all the teams are able to reach the finals,” she said.

The schools selected to compete at debate level include;

60 schools and 6,000 students have taken part in this year’s competition including both Government and Private Schools chosen with due consideration by Stanbic Bank’s partners in the Championship the Ministry of Education and Sports.