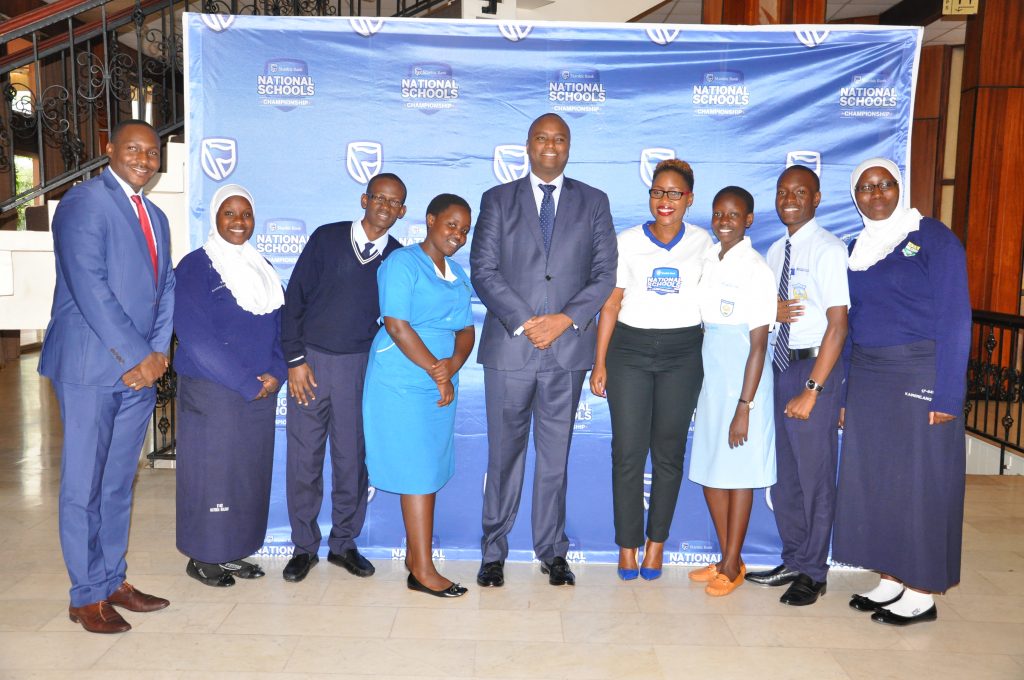 Stanbic Bank Uganda, in partnership with the Ministry of Education and Sports, have launched the 2018 ‘Stanbic National Schools Championship’.

Set to run under the theme ‘Empowering the job creators of tomorrow’ the competition will seek to nurture entrepreneurship, creativity and long term business thinking.

Speaking at the launch event Patrick Mweheire, the SBU Chief Executive explained the genesis behind this year’s theme, “Uganda’s labor market cannot absorb the huge influx of graduates looking for jobs. 400,000 students graduate from university every year yet only 13,000 formal jobs are available. This tells us we have a real and urgent problem that needs to be addressed by training the youth not only how to do a job but how to create one and if possible more for others.”

“Uganda has one of the fastest growing populations in the world with 1.2 million babies born every year. As a bank we feel that education as a sector does not get the love it deserves. Which is why we have these championships. This year we have increased the number of schools to 60 from 40 last year but this isn’t good enough. We want to be able to reach over 250,000 students. We also want to demystify education as cramming and passing of exams. Soft skills are just as important as the hard skills. It is in being able to communicate properly as well as debate and have their opinions heard, that students can be propelled to achieve greater things,” he added.

The Guest of Honor, Mr. Martin Osuban, Assistant Commissioner for Secondary Education, Ministry of Education and Sports said, “Youth unemployment is a serious problem on the African continent. Uganda as a case study has one of the youngest and most rapidly growing populations in the world and preparing them to become productive members of society is a national priority for the government. We are therefore honored to be part of this visionary initiative which we believe will go a long way towards changing the current status of our job market long term.”

6,000 students from 60 schools both government and private schools from across the country are expected to take part in this year’s competition, with 15 schools participating in each of the four regional heats. The competition will include a class room test, oral quiz, Essay competition, debate competition and a business skills challenge.

Talking about the increase in the participation numbers and major changes to the competition, Stanbic Bank’s CSI, Manager Barbara Kasekende explained, “As a result of last year’s success, the level of interest in this year’s Championships was extraordinary. As a bank, we felt it would only be fair to not only increase the number places in the competition but to make it more exciting by adding new challenges, to that end. This year 15 schools will be given the opportunity to participate in the regionals compared to 10 last year. In addition in a major development we will be hosting business training boot camp for the finalists which will equip the students with business planning, marketing and the management skills they will need to succeed in the real world.”

The four schools that succeed in representing their regions will be tasked with developing business plan and executing it in their respective schools. The school that presents the best plan at the finals to be held in Kampala will be crowned 2018 Stanbic National Schools Champions.