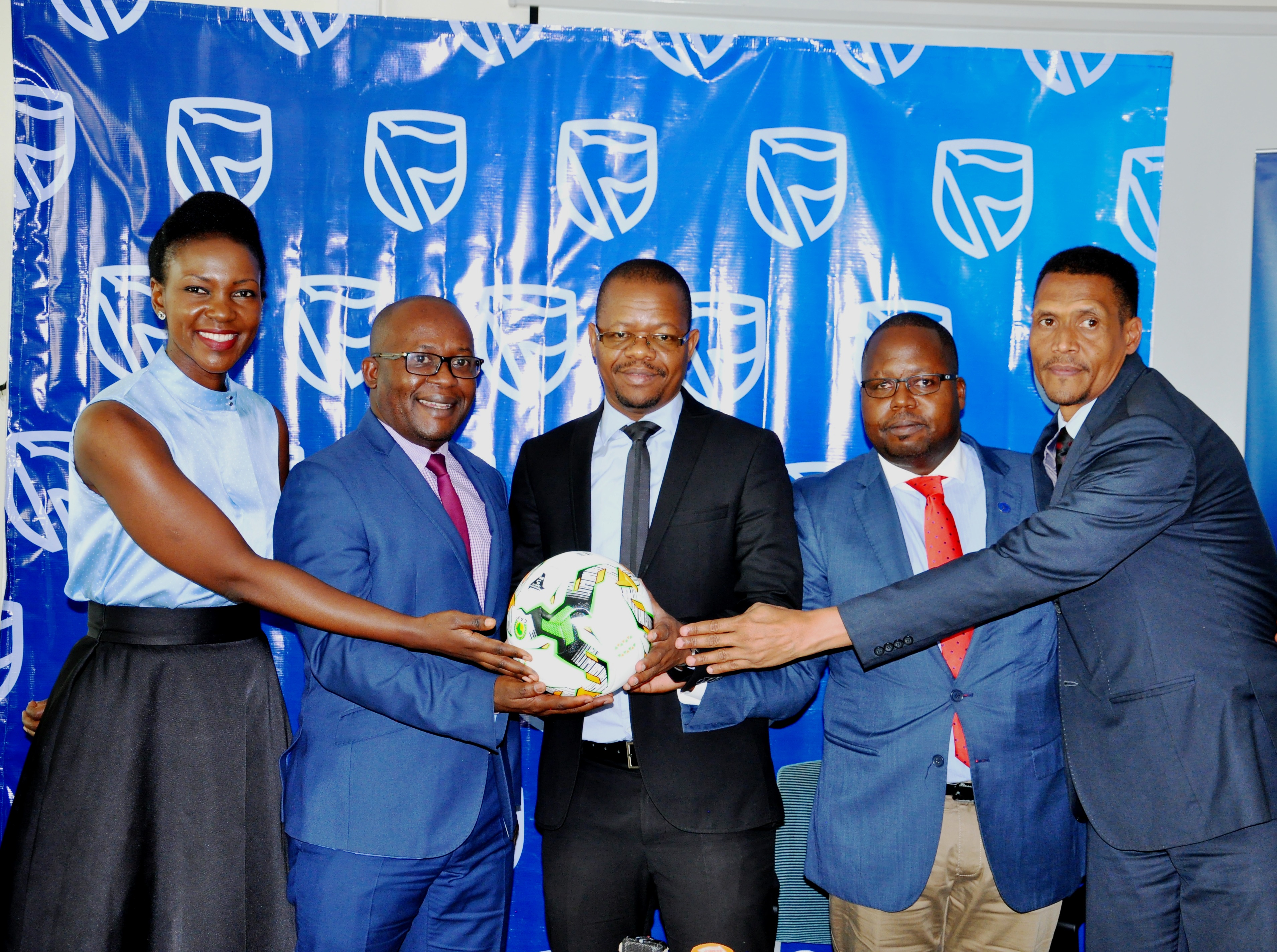 In a major boost towards the development of football in Uganda, Stanbic Bank has inked a UGX 300 million sponsorship package with Federation of Uganda Football Associations (FUFA) to become title sponsors of 2017/18 edition of Uganda’s oldest knockout tournament – ‘Uganda Cup’. Stanbic Bank are now official sponsors of the 2017/18 Uganda Cup here after called ‘The Stanbic Uganda Cup’.

The Stanbic Uganda Cup is annually competed for by League and non-League sides attracting well over 175 league teams from across the country who participate in the Uganda Premier League, FUFA Big League, Regional Leagues and District Leagues.

Talking about their sponsorship of the 44th edition of the tournament which was first held in 1971, Daniel Ogong Stanbic Bank’s Head of Marketing & Communications said;
“The Stanbic Uganda Cup is without doubt Uganda’s most famous and impactful knockout football competition. It allows teams from the remotest parts of the country to compete against well-established big name teams on the same stage. This promotes football development across the country and allows for the unearthing and spotting of talent that would otherwise go unnoticed.”

He continued, “As Stanbic Bank we firmly believe successful sports development can only take place if our abundant natural talent is nurtured at the grassroots level right across the country.”
FUFA President Eng. Moses Magogo said; “We are proud to have found a partner with such a long and proud sporting heritage. The Uganda Cup is steeped in history having been played since 1971 and as FUFA we are excited to have found a sponsor who appreciates the history and scale of the competition. Over the last 10 years, football in Uganda has undergone a tremendous transformation and has attracted more and more support from a number of corporate companies, Stanbic Bank being the latest and most timely addition. We do not take your decision to come on board as title sponsors lightly and look forward to a long and mutually beneficial partnership,” Magogo said.

The Round of 64 was played in January. The draw of Round of 32 will be conducted today to determine the fixtures.
The Final of the Stanbic Uganda cup 2017/18 will be hosted in Kumi on 9th June 2018.

The Stanbic Uganda Cup has been played since 1971 with the first Uganda Cup winner being Coffee SC who beat Simba FC (Army team) 2-1 in the final.